The first is fish.

The other two are growing on you.

Julie London is my find of the day. Fantastic voice, and the looks to match. She’s the original singer of Cry me a river. I can’t believe it took me so long to discover her.

I chose ‘Round midnight because (a) she totally nails it and (b) I was looking for an excuse for slapping in irrelevant fly fishing footage. But there’s nothing really exciting on the tubes. Just ugly nightshots. And after some research, turns out this whole night fly affair smells really fishy. 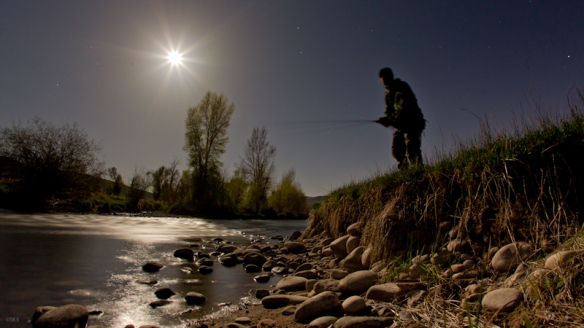 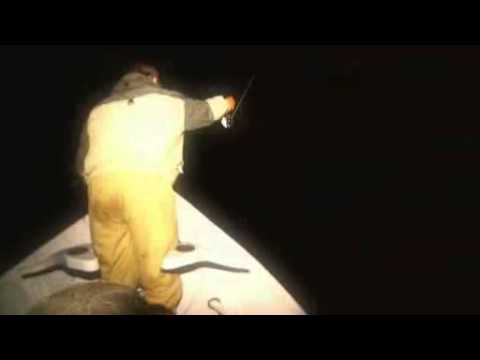 How it will probably look like on screen back home (ie: shit)

How it actually looks like (according to Marc anyway)

In the dark, the living may be easy and the cotton high, but you’ll hear them goddamn fishes jumping like never before.

Go alone and it will scare the crap out of you. 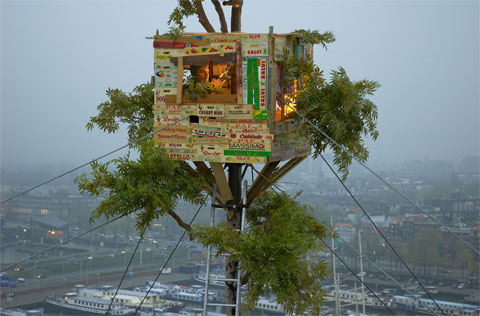 Sipping tea while the afternoon dies away, tying midge emergers — because you never know — and trying to forget that sooner or later I’ll have to get down. The radio would play jazz covers of pop songs. 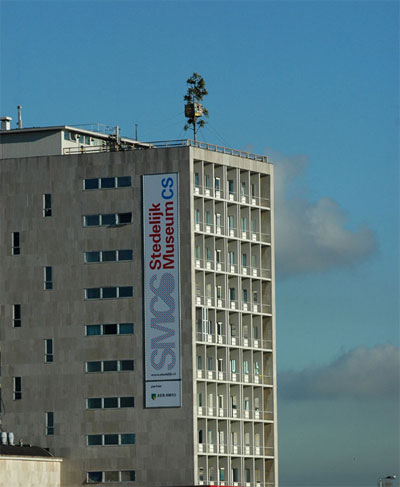 Some may object that it’s not jazz, but I guess that would be the malignant cells brooding a pancreatic tumor speaking for them.

is upon us. And since it’s been quite a while since the last time I posted some music, here’s a sampler of Les Feuilles Mortes (Autumn Leaves). The song was originally composed by Joseph Kosma in 1945 on a poem by Prévert, for a Carné movie, Les portes de la nuit.

Let’s start with a damn fine version where Chet Baker and Paul Desmond lead the band. Steve Gadd on drums is kicking serious ass. It happened in 1992, which doesn’t make us any younger, does it?

Baker and Desmond take out most of the post-war Ashkenazic harmonics of the tune, but what would the gringos know about central Europe nostalgia anyway?

Once the song is a standard, anything goes, including this:

Fantastic! Gonzalo Rubalcaba, mass murdering on the piano. Has that anything to do with anything? No. But then, what would a Cuban know about Autumn leaves anyway?

Next version is my personal favorite from a female vocalist. Helen Merrill is outstanding in this frugal cover, gracefully supported by Ron Carter’s bass. Not a single superfluous note. Wait for the last bar, it’s a killer.

I’ll end this little autumnal monomania with a gem I dug waaay deep in the archives of vinyl dope.

Arthur Prysock is a clearcut badass. He says: I don’t always sing jazz standards, but when I do, the guy from Dos Equis and Chuck Norris do the backing vocals in a lamé dress.

PS. Obviously, I left out many great versions. Be sure to check at least Vera Lynn, Ahmad Jamal, Miles Davis and John Coltrane.

I’m in for the first course in fly casting of my life. It comes from Sexyloops, and as anything that comes that way, it’s experimental. First I should say it’s for a cause and here’s what you can do to help.

Mark, who’s the prof, treats panic fits with Ralph Vaughan Williams. Sure sign there’s a mind operating in there. I’ll probably need to load my phone with the Sea Symphony for when he’ll turn to me and say

The program was “An afternoon in the park with me and Snake using readily available foodstuffs and parts of a well worn drum kit to help improve your casting.” Let’s proceed. I need you to grab that aubergine and come here.

Meanwhile, if you suddenly cannot stand your life anymore because you just realized you’ll not make it for Baguettes and Drumsticks, let me pass on the panacea:

Up and coming: a summary of my life with the MHX F906-4, my sweet 6wt, her little sister the F904 I’m currently building, and a special project, the rehab of a 3wt that’s full of promises. Stay tuned.

Quite a fine piece of Southern writing, and a gust of warm air to soothe the bloody 5°C we’re gonna be gettin’ tomorrow morning. I must warn you the last notes are savagely murdered.

For those of you who wonder about that 9 guides affair, here’s a first hint: pics of the static test. As far as I’m concerned, the static is cool. Guides #2 and 3 from the stripper would ideally put a little less angle in the line, but it’s not bad at all so I’m pleased with the result. 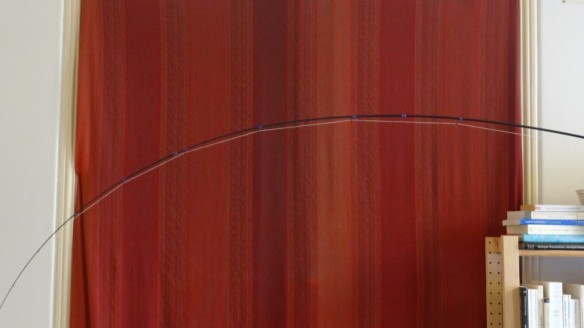 You may want to meet this guy, he helps me with static tests: 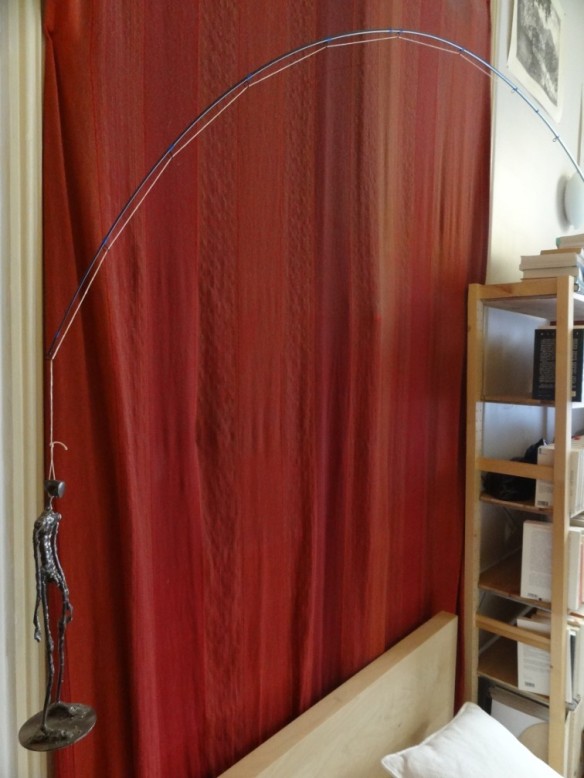 Not Memphis, but slim anyway

Welded by my brother, the artist in the family. And since I’m being a smart ass about Memphis Slim, I give you Everyday I have the Blues, a perfect number anytime I’ll hit the water with this blue carbon babe.