I’m tying a couple of flies for this week-end. Tomorrow I’ll meet the boys for the Rodhouse gang at Coyolles, and we’re in for a day of test casting a heap of rods, and secondarily trying to catch a trout. It will be tons of fun. Then Sunday I’m fishing the Salamandre with a couple of friends from the club. There I will be experimenting with Greg’s float tube. It’s my first time with the float, I expect it to be an adventure. And of course, I plan to catch all the big trouts of the lake. Possibly on my 3wt.

So, since my tying stuff box is rather anorexic, I’m going the creative way… My love reluctantly allowed me to plunder the super cool box of glass beads she uses with the girls to make girly things. 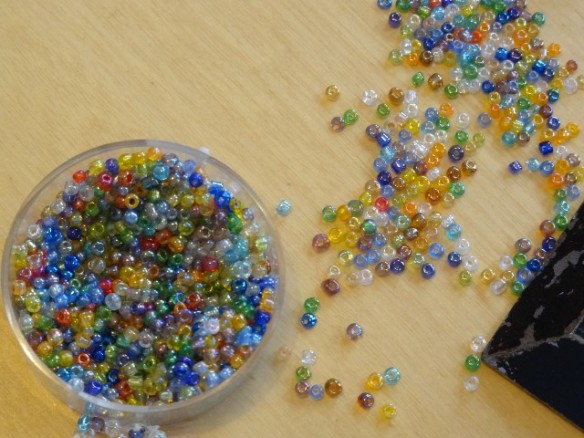 Excellent to make all kind of buzzers and chiro nymphs, etc. At some point I thought “My, this would make an amazing body for an emerger, let’s make one with a big thing to float it and the glass body hanging under… I could use the float as a bobber, and hang a buzzer under it.”

That’s me being crafty at the vise.

The problem is that the bead, although not big, are not small either, so to get a good looking abdomen I tied it on a 12 B-100 hook. Cool. But that’s a lot of hook, plus the 5 glass beads to float. I needed a sizeable device. First I tried with a styro bead, but it lacked buoyancy. Somewhat inspired by the Teardrop loop wing seen at Marc’s, I resorted to a kind of loop wing in foam and a parachute hackle. 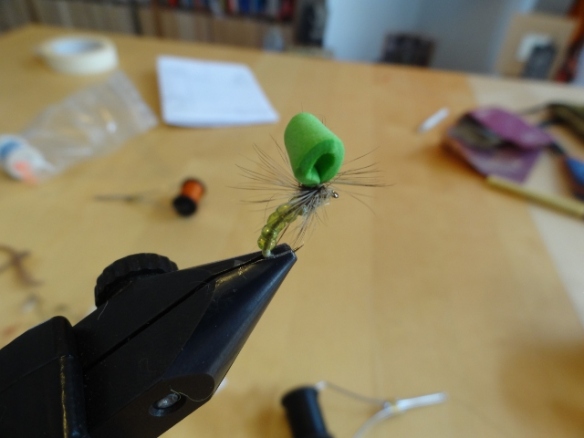 Looks good to me, but it’s still not enough: most of the wing is under the film. It floats, but way too low. I have to try with less beads, and something buoyant for the thorax also. 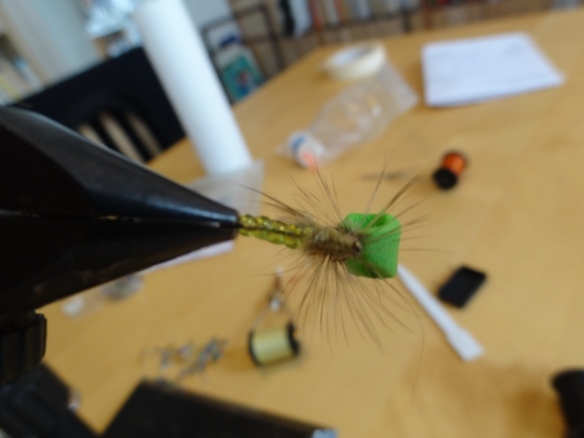 This translucency is seriously cool. The fish should agree, or they know nothing about cool looking flies.